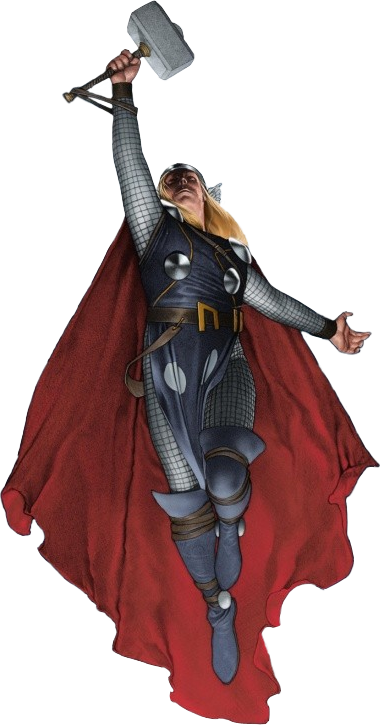 He is the most powerful warrior in all the Nine Worlds. He has many names. Vingthor the Hurler, Longbeard’s Son, has he been called. Hrodr’s foeman, too. In Tyr’s ancestral home, wisest Hymir knew his name as Veur; unhappy Hrungnir’s playmate some have called him. East of Elvigar in Gianthome they whisper Hloriddi’s name.

On Midgard he is called hero, warrior, Avenger. And beneath the vaults of Heaven, he is known as Thor Odinson, the Thunderer, Jormungand’s Fear!

Community content is available under CC-BY-SA unless otherwise noted.
Advertisement